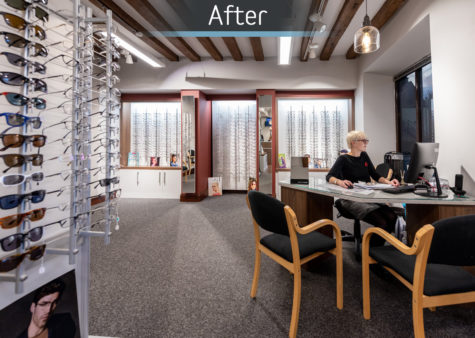 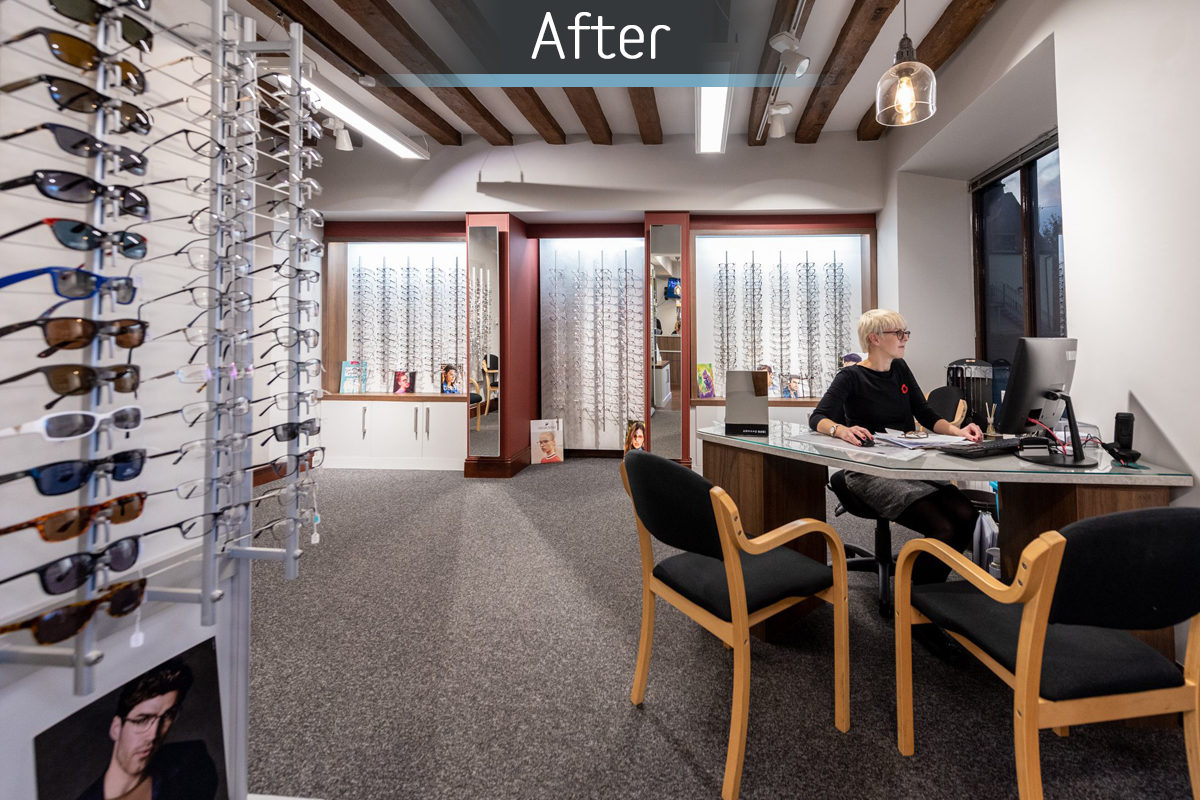 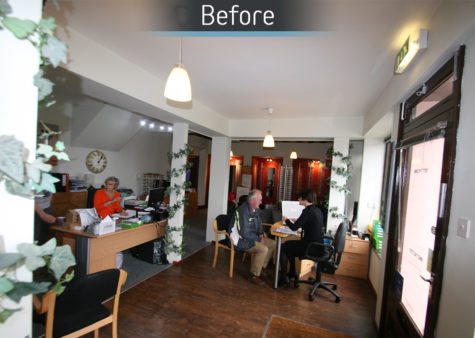 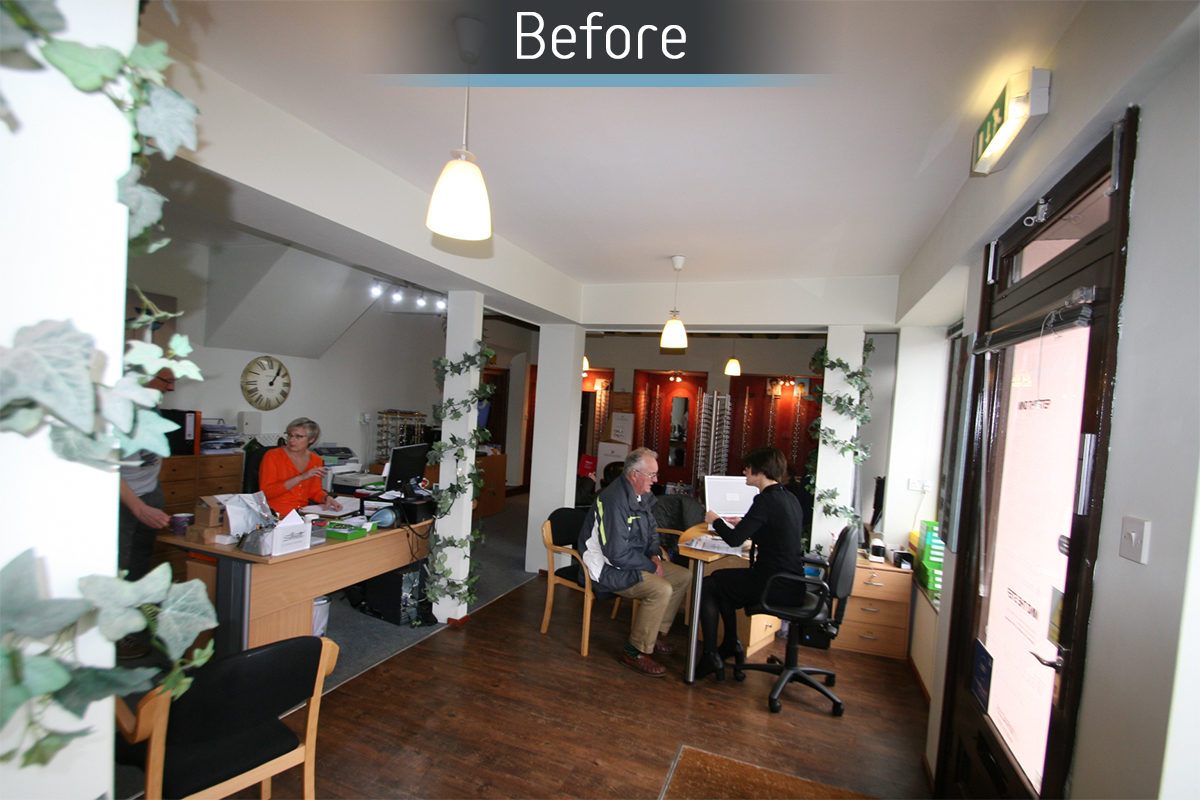 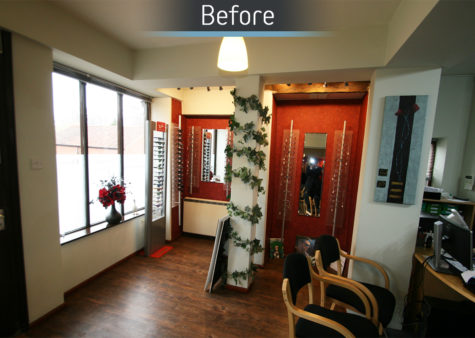 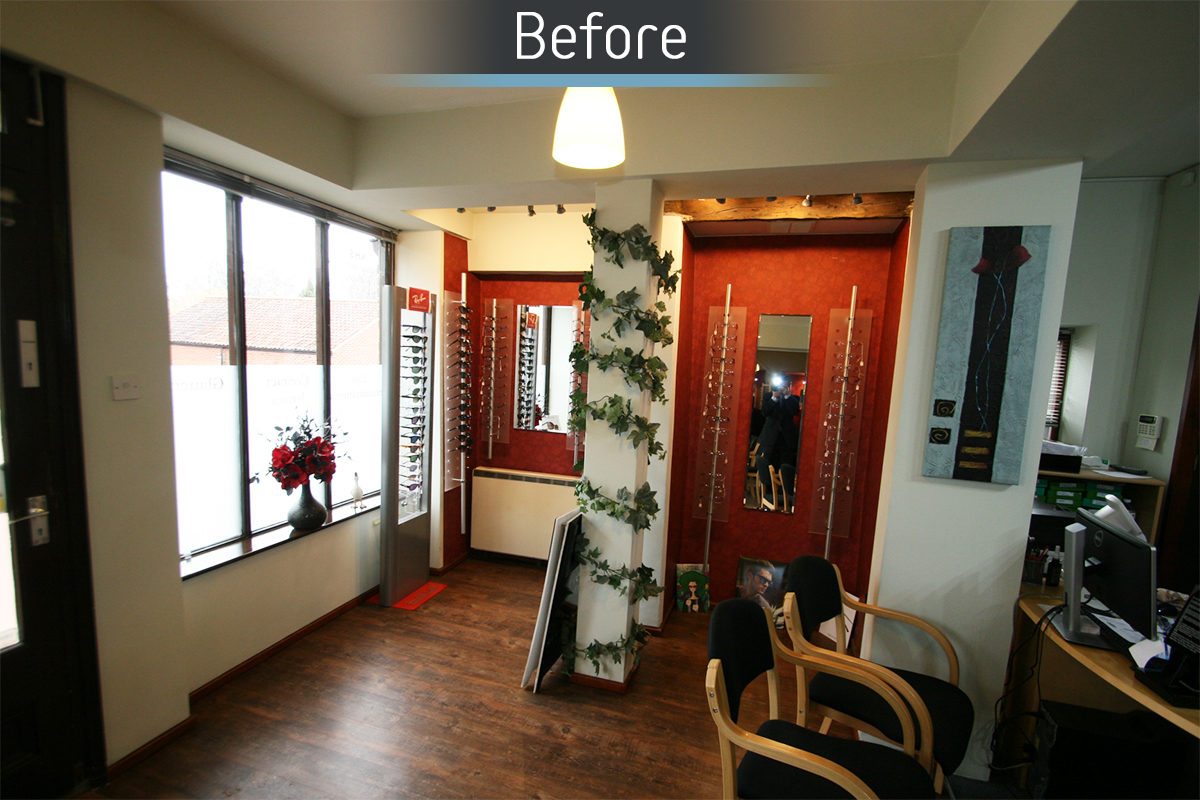 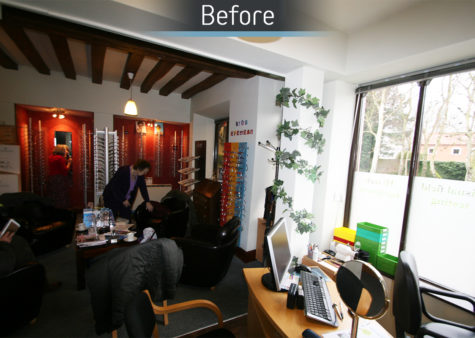 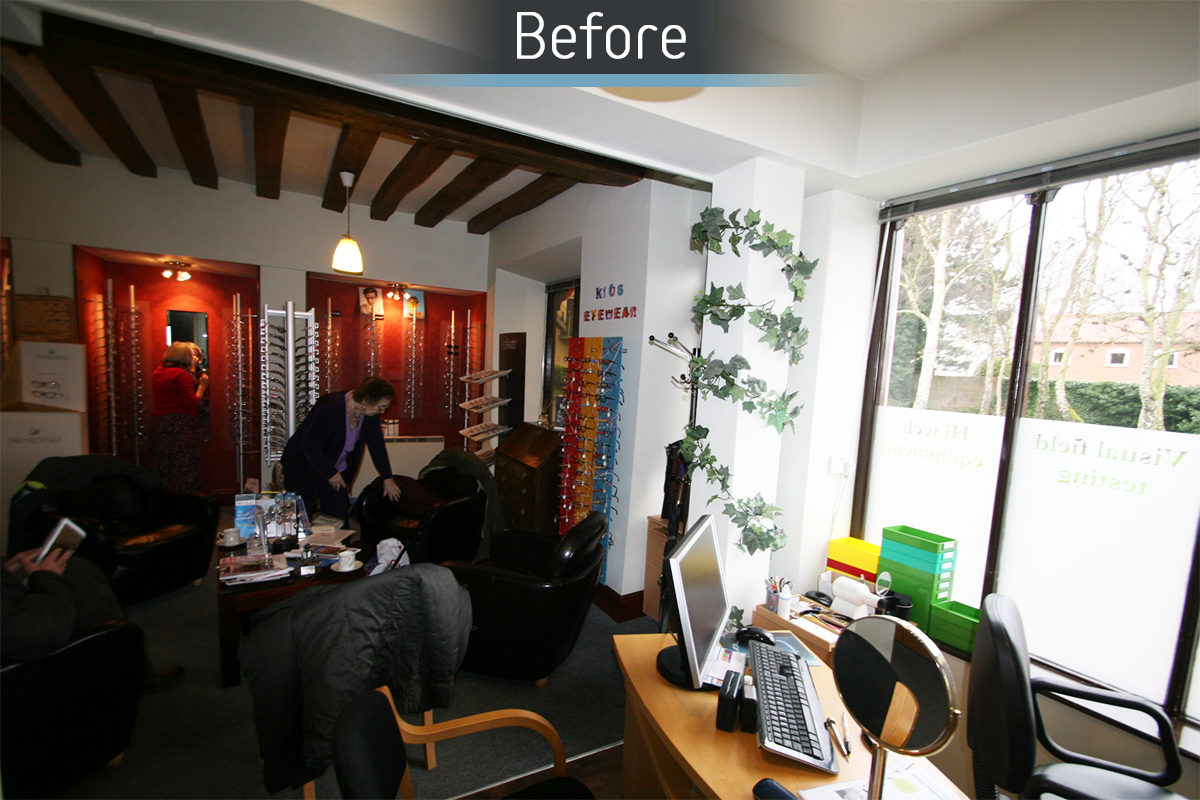 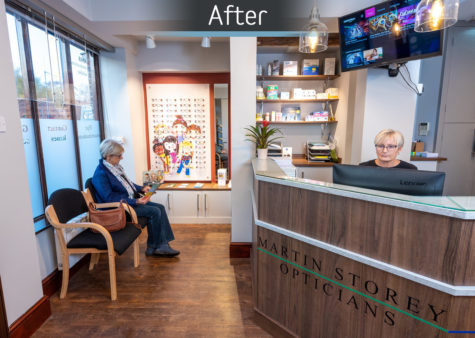 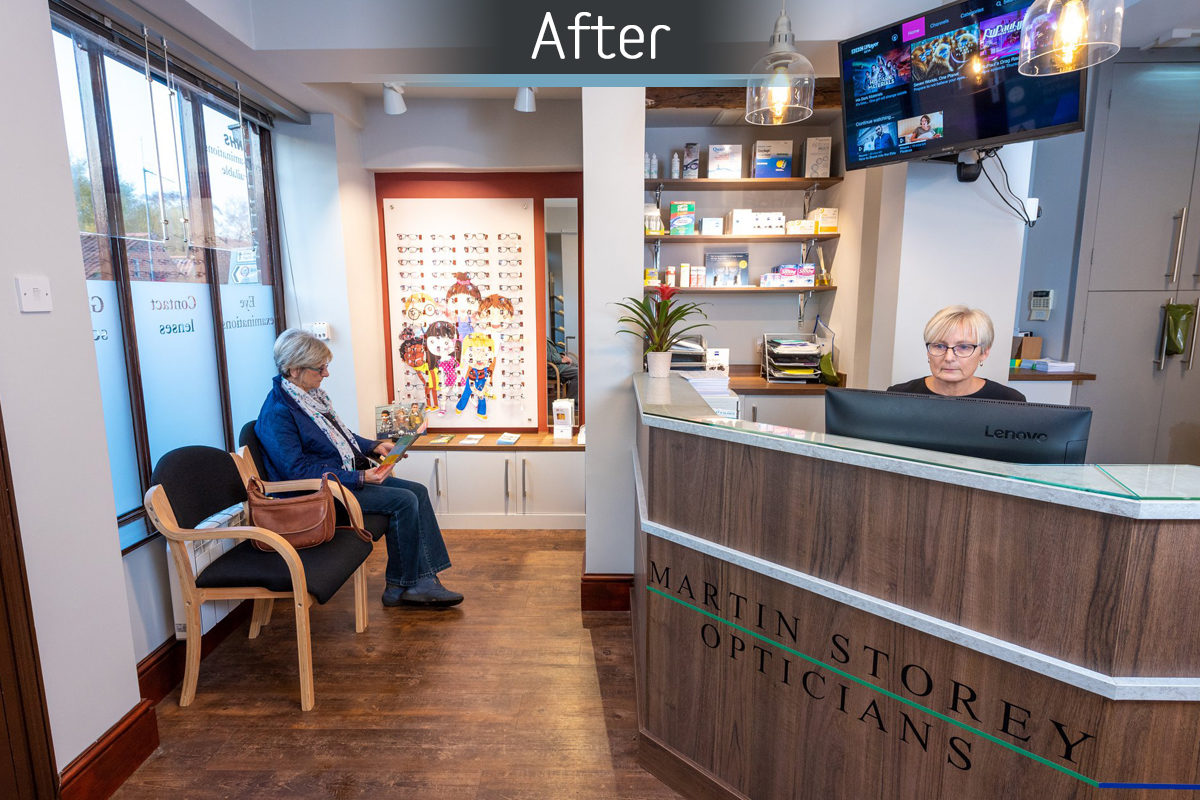 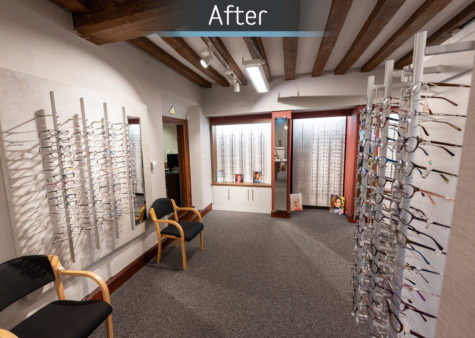 Having previously worked with Martin Storey Opticians at their Bungay practice, we were delighted when Martin asked us to assist with the refurbishment of his Beccles practice.

Housed in a traditional building with beautiful original beams and alcoves, the design needed to be sympathetic and respectful to the style, as well as being careful to not disturb the oldest parts of the building.

Martin wanted to carry through the scheme that had been created in Bungay, to tie both practices together under the Martin Storey Opticians brand. Mewscraft utilised the same dark warm woods, soft greys and reds as in Bungay, but created displays unique to the Beccles building, offering built in displays and storage.

Lighting was a challenge at this practice due to the undulating ceiling heights and a fire board ceiling layer that could not be perforated, preventing us from running wiring in the ceiling. Although the many alcoves of the building provided ample display areas, they were in danger of being too dark. Mewscraft were able to cleverly disguise very powerful LED strips into the displays themselves. Some were incorporated into the top of the display and some were recessed into new bulkhead boxings that when painted, blended in seamlessly with the walls.

Martin was desperately in need of hard wiring data in the practice, which was once again a challenge due to the impenetrable ceiling. Fortunately we were able to run a channel through the concrete floor, providing data cabling to the entire practice.

The refurbished practice is fresh and bright whilst also being sympathetic to the building and the traditional town of Beccles, Suffolk. It was a joy to once again work with Martin Storey and his team. 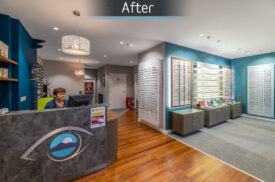 Full refurbishment of a practice in Snowdonia, Wales. 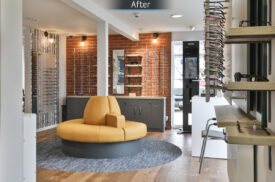 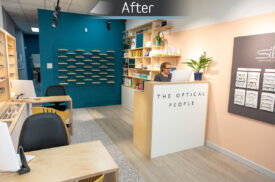